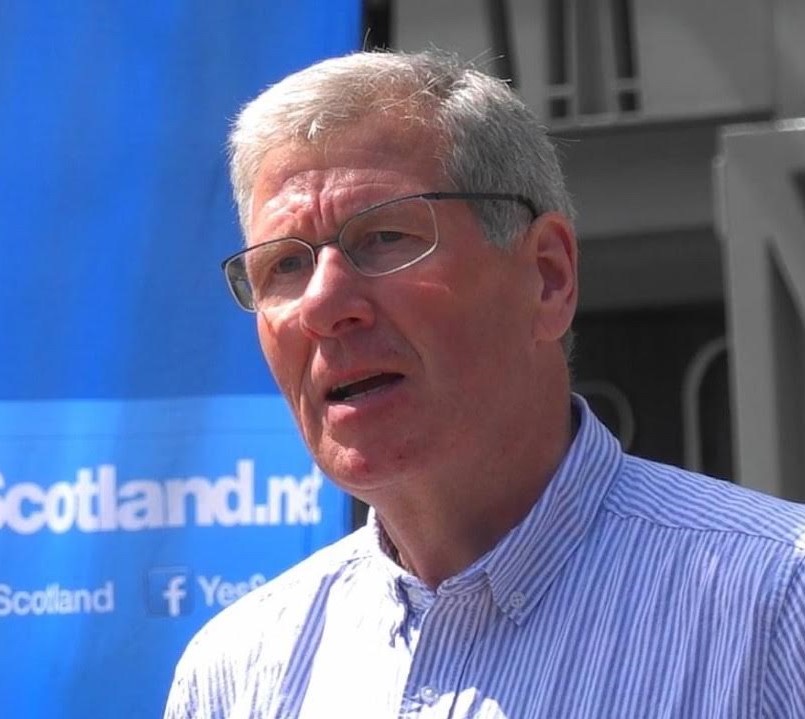 There are so many things, both concerning and plain wrong, about Craig Murray’s conviction and imprisonment that it’s hard to know where to begin. The original Alex Salmond case with its unparalleled resource and hugely questionable prosecution, the distortion in reporting by a supine if not complicit mainstream media, and the victimization that followed of Craig, in particular, but others also.

It resulted in a sentence harsh in the extreme for a crime unprecedented in modern times and driving a coach and horses through a key government policy of opposing sentences of imprisonment of less than one year. Much has been written both by commentators and supporters of Craig in Scotland and abroad. I’ve also made my opposition to it clear and therefore I will turn instead to the decision-making and apparent jurisprudential basis of the court decision by Lady Dorrian.

She highlighted Craig’s position as a blogger, as opposed to being an accredited representative of the fourth estate. That appearing to be the basis for differentiation from other journalists who had reported and also breached court rules, sometimes far more flagrantly. Yet we’re not even called to the bar, let alone held to account or punished.

The supposed logic in itself poses the question of what is the fourth estate and who’s accredited to it? After all her logic seems that Craig and others like him aren’t regulated, responsible or whatever but somehow others of a certain ilk are. That at least afforded her an opportunity to play a “get out of jail” card for some but throw the proverbial book at him. That wasn’t explained by her and probably for good reason, as it would be impossible to answer.

Nor can training as such be a basis welcome as it may be by all, including myself, as a labouring writer doing his best but devoid of any formal education in the craft. For so too were so many outstanding journalists and writers throughout the years. Jimmy Reid, a hugely talented columnist, and gifted broadcaster, learned his trade in the shipyards not a college or university.  So, another potential criterion bites the dust.

As there’s no real basis for assessing the individual, so it is with the corporate publisher. For it does seem that Her Ladyship seemed to consider the individual as capable of being more reckless and the institutions as such of being far safer. None of that is of course based on fact or evidence, something you’d have thought would be fundamental to legal reasoning, especially where an individual’s liberty’s at stake.

Indeed, all the evidence without any extensive research being required is to the contrary. The most flagrant abuses over recent years have been perpetrated by the very institutions Lady Dorrian seemed to view as being honourable and vested with an innate ability to know what’s right and wrong. If that were so, why has the News of the World crashed and burned, journalists, editors, and newspapers been held in contempt by the public, as well as to account in the dock? Why have Parliamentary and Public Enquiries been held though to be fair action following upon from them has been limited?

It’s not simply that the evidence discloses it to be factually wrong but there’s no basis to the suggestion that the establishment press for want of a better phrase is somehow or other better regulated or more capable of behaving appropriately than an individual blogger. What has been stated doesn’t bear proofreading, never mind scrutiny.

The corporates may be members of organisations but not all are universal in coverage and the regulation is largely voluntary. Anyone with a complaint against the press can testify to the limited powers of IPSO. New players, some with huge financial backing, have refrained from joining the old establishment and hence fall outwith scope.

Both now as in past years papers and outlets have come and gone, and some have just chosen to go their own way. The Scottish Newspaper Society exists but membership is neither obligatory nor its powers substantial. Of course, media power has seeped south, and the power of Fleet Street now rests in the hands of a few billionaires. What Her Ladyship may think of as bodies to regulate standards, many of us see as a cartel to deliver right-wing policies.

Perhaps, most remarkable of all is the failure to look at historical precedent. The media is changing. Print is dying and online growing. Old titles may be falling by the wayside, but news outlets are growing. Some blogs in Scotland have a significantly greater readership than even daily papers.

What’s wrong with that? It’s what’s happened time and time again throughout history. Not simply is it the way of the world, it’s a good thing that the establishment is challenged, both the press barons and political and financial elites. Viewing the veracity or otherwise of writings in whatever medium, through a lens of those already in power or accepted by them, is not just wrong but dangerous.

Many in the Faculty of Advocates are fond of recalling the memory of Thomas Muir. But Lady Dorrian seems to forget that he was transported for writings viewed as seditious. Others joined him for espousing such heinous policies according to the state like supporting the universal franchise or workers’ rights.

By the logic being applied against Craig Murray you’re to discount or ignore the outlet of the Clyde Workers Committee during the 1919 dispute or that of the NUM or miners support groups in the 1980s. But who told the truth about Bloody Friday in George Square or what happened at Orgreave. It certainly wasn’t the mainstream press and instead, it relied on courageous people speaking out, that truth might be told, and injustice exposed.

Craig Murray’s imprisonment is wrong and his prosecution undermines the liberties we claim to cherish. It’s Scotland but not as I know it or as it should be. As a former Justice Secretary, I find this shameful, and that it should happen under the watch of those who claim to cherish our Nations’ liberty is disgraceful.