What is this About? 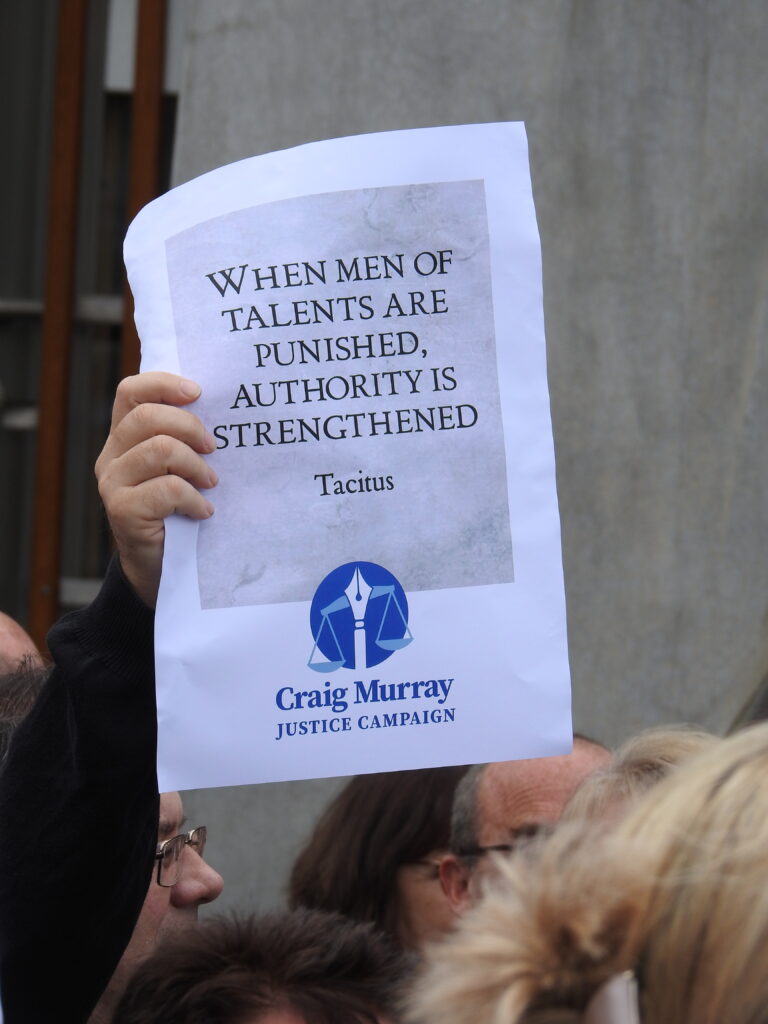 This case is a contempt of court order against writer and the former UK Ambassador to Uzbekistan Craig Murray regarding a charge of ‘jigsaw identification’. The charge relates to the case against Scotland’s former First Minister Alex Salmond, who stood accused of sexual misconduct by nine women and has since been cleared of each charge in the Scottish courts, while Mr Murray’s case is now under appeal to the Supreme Court on human rights grounds.

Murray was accused of publishing reports of the Salmond case on his personal blog which did not name nor otherwise identify the accusers but are alleged to lead to potential identification in combination with other sources in the public domain. During the proceedings not a single instance of such identification has been proven nor any witnesses produced. Despite strong evidence that jigsaw identification is likely to have taken place through mainstream media articles no one aside from Craig Murray has been prosecuted for jigsaw identification.

Craig Murray was sentenced to eight months by presiding judge Lady Dorrian, despite having taken great care to neither name accusers nor make jigsaw identification possible while still offering a factual account of the proceedings. This sets a legal precedent in the UK as no one has ever been incarcerated for the charge of jigsaw identification. This is particularly pertinent because Mr Murray suffers from severe health conditions, due to which the mandatory Social Work report deemed him unfit to serve community service and to be ‘vulnerable’ if exposed to a custodial sentence.

Moreover, in her response to the appeal brought by Murray’s legal team, Lady Dorrian argues that stricter legal standards must be applied to bloggers than to journalists accused of the same offense, because journalists have a professional duty to adhere to journalistic codes of conduct. The sinister legal precedent this sets to freedom of expression and equality before the law within the UK must not be underestimated.